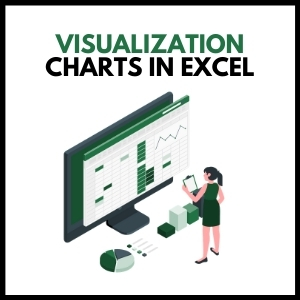 Microsoft Excel can be a great tool for visualization purposes. There are some very powerful charts functionalities inbuilt in Excel, that can be used to depict numbers visually.

Let us look at some of those interest charts that are already available to use at the click of a button. 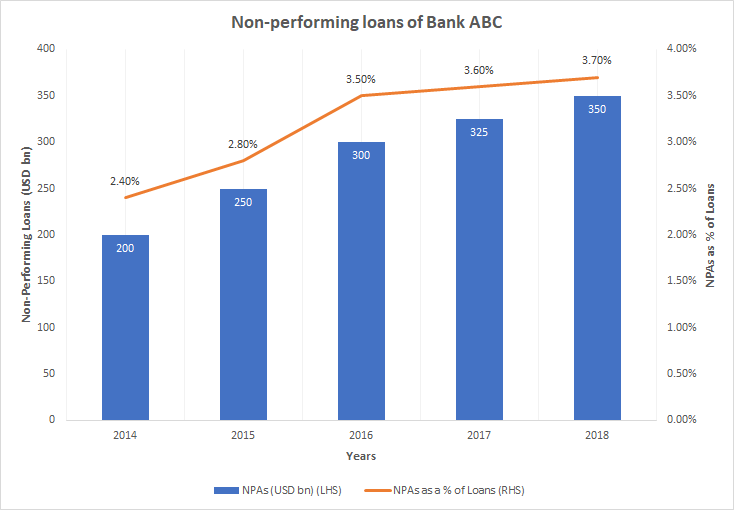 In the above chart, we have plotted the absolute Non-Performing Loans of a Bank on the horizontal axis and the % of Non-Performing loans on the vertical axis. Note, the 2 variables are related and can be meaningfully plotted on a combination chart.­­­ 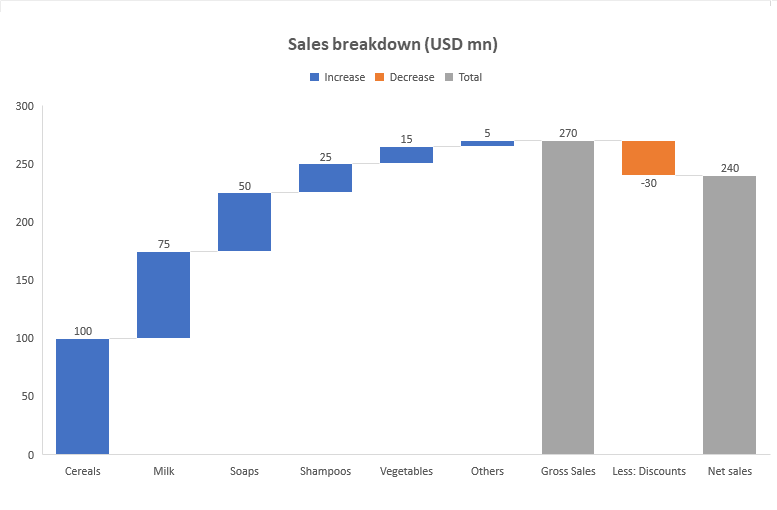 A radar chart is another simple yet powerful chart in Excel which helps to visualize multivariate data on a single chart. It is also called a spider chart since the visual look of a radar chart is similar to a spider web. One typical use case of a radar chart is to show project activity status report on actual completion vs planned completion. See below is a graphical representation of one such illustration. 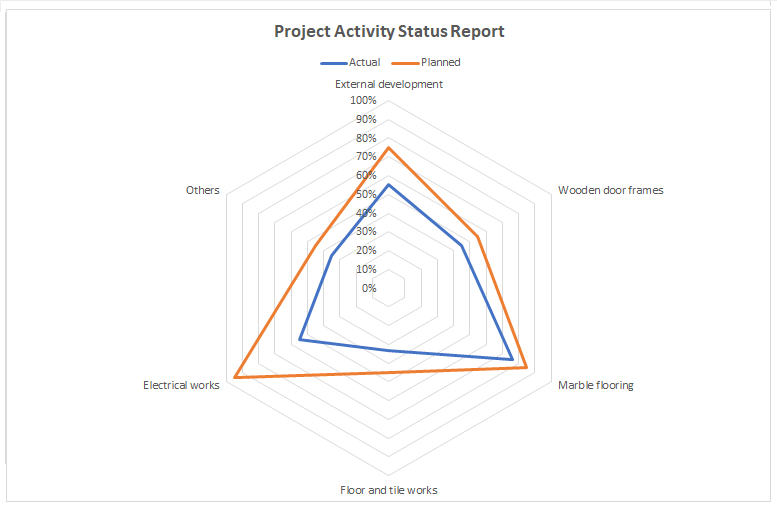 In the above chart, we have depicted the different activity in a typical real estate construction project i.e. External development, Wooden door frames, marble flooring, etc. The blue line shows the actual completion % against each of the activity and the orange line shows the planned completion. There is a common vertical axis for each activity where the actual vs planned activity is plotted. The gap between the blue and orange lines on each activity represents the under-achievement in the activity. Hence, the project status can be assessed right away by looking at the spider chart above. 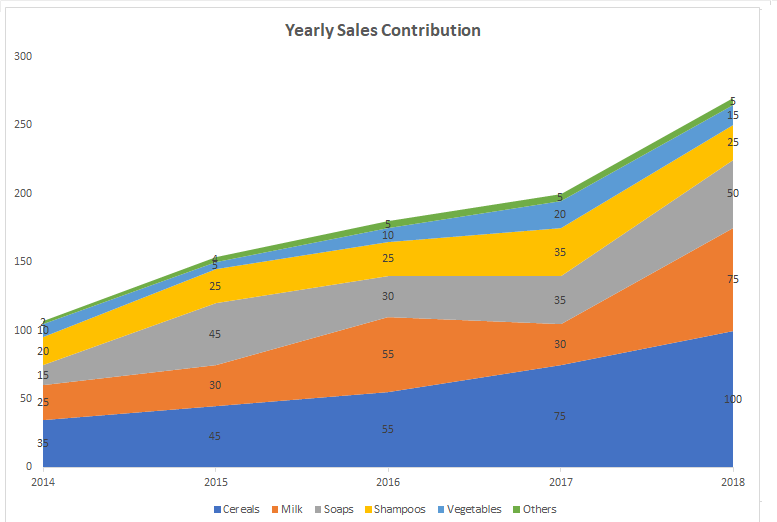 One other interesting chart in Excel is the Doughnut chart, which can be used to show the relative proportions in a whole. It is very similar to how you would use a Pie-Chart, but the look of this chart is in the form of a Doughnut. Just like the pie chart, the total should add up to 100%. 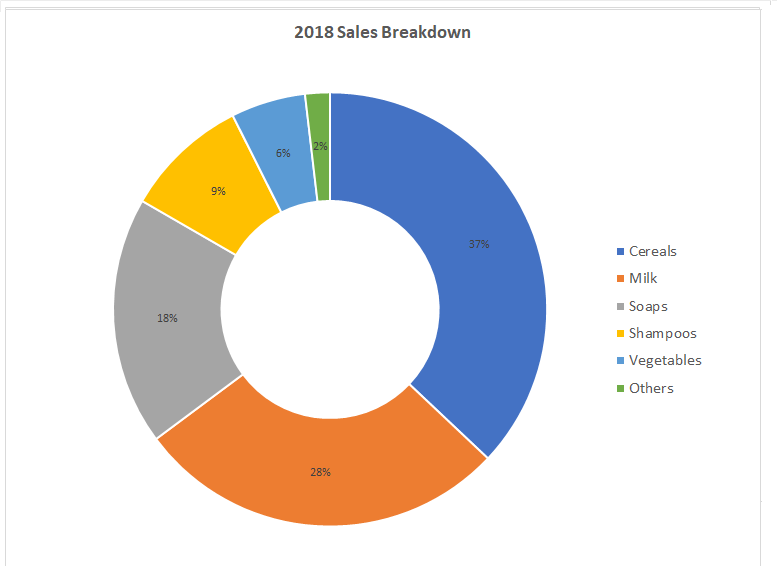 In the above chart, we have shown the sales % breakdown of different items that contribute to the overall sales of a supermarket. The different pie of the doughnut adds up to 100% of the total sales. As we said earlier, it looks very similar to a Pie Chart but is in the shape of a Doughnut.

You love doughnuts, don’t you?

P.S. For a more detailed illustration of many more and customized visualization techniques in Excel, please visit our online course here.